Two time Guinness World Record holder for Marathon Drumming, Russ Prager, will make a 3rd attempt on Wednesday Sept. 25, 2013. The event will take place at Quaker Steak & Lube in Clearwater, FL at 7 p.m. The entire event will continue is excess of 123 hours.

In the process of earning himself two Guinness World Records, Russ has raised tens of thousands of dollars for many organizations, such as Easter Seals. This time he will be raising as much money as possible for The American Red Cross and the Internet Broadcasting Network, that provides free internet, radio, and TV shows to non profit organizations.

​On September 25th Russ will attempt to break two Guinness World Records back to back at Quaker Steak & Lube in Clearwater Florida. The event is going to kick off with Russ performing 4 sets with his band Black Sun. Afterwards, Russ will attempt to beat Andrew W K’s  record. He is going to have to beat 24 hours, a feat he says, “I can do that standing on my head.” With only a very short break he starts the Marathon Drumming Record and continues for more than 125 hours to beat the current record.

Join us September 25th at 7 p.m. as Russ beats two world records and raises money for the American Red Cross and the Internet Broadcasting Network.

The event will be streamed live on www.russpragermarathondrummer.weebly.com and www.worldrecorddrummer.com .

To schedule an appointment or interview with Russ contact Event Steward, Rusty Ellison at 727-494-5141 or Alex Wadswroth, Event Coordinator at 813-454-5855 or worldrecorddrummer@yahoo.com

SACRAMENTO, CA - What a week it's been for local drummer Russ Prager.

On Monday, Prager sat down behind a custom drum kit at the Guitar Center on Alta Arden Expressway and began his quest to retake the Guinness world record for continuous drumming.

At 6 p.m. Friday, Prager completed his mission as he drummed into his 102nd consecutive hour. Tired but drumming on, Prager said he was happy to regain the record he held for six months back in 2003 "I had my moments, I'll tell you that. Some of these people here can attest to that. We had a couple bad nights, but we made it," Prager said. "If you don't mind, I have to pee real bad." Under Guinness rules, Prager got five-minute breaks every hour, breaks he could use to run to the bathroom -- or rollover for a handful of catnaps. 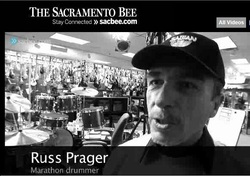 March 9, 2009Bang the Drum ThoroughlyLocal drummer Russ Prager started what he hopes to be a Guinness Record stretch of drumming at Guitar Center Monday.

He began at noon and plans to beat the skins - or whatever they make drum heads out of these days - continuously until Saturday, a five-day stretch. If he succeeds, he will again hold a record he claimed for six months in 2003.

He will be using two drum kits at the center, one of which will allow him to do his rolls, paradiddles, rim shots and cymbal crashes in a standing position.

The drumming marathon is not only a personal challenge. It is also a fundraising event for Easter Seals.
To see Prager beat it, go to Guitar Center at 2120 Alta Arden Expressway or watch live streaming video at myeasterseals.org.
Donations can be made online with a credit card or mailed to Easter Seals, 3205 Hurley Way, Sacramento 95864. 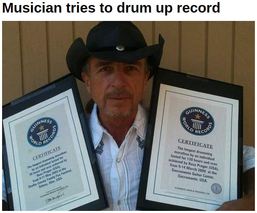 Russ Prager, a drummer for a St. Petersburg rock and country band, shows
certificates from Guinness World Records noting he twice has held the record for
Worldâ€™s Longest Drumming Marathon by an Individual. Prager will attempt to
regain the record beginning Aug. 19, 2012, at Destination Daytona in Ormond
Beach. 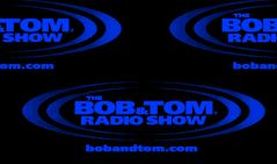 Not Just Your Everyday Beat Off

Russ Prager holds the Guinness Book of World
Records for the longest solo drumming  marathon. From May 9th to
May 11th, Prager pounded on a drum for 58 straight  hours giving him a record
that many believed could never be beaten. But Prager,  who's desire can never be
quenched, is out to prove all the experts wrong by  picking up the sticks once
again, and attempting to break his own world record.  He's already a true
testament to the human spirit, but now Prager's truly an  inspiration to us all…
and a man Todd Rundgren can be proud of. (Todd's song  "Bang the Drum All Day"
is the obvious theme of this spirited  venture!) 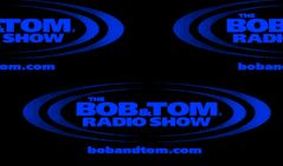 100 hours of Non-Stop Drumming... YIKES!
Russ Prager  has
done the unthinkable. He spent 100 hours behind his drum set in an effort to
beat his own Guinness Book World
Record for the longest solo drumming  marathon. Last weekend,
Prager pounded on a drum for 100 hours and one minute  exactly at the
fairgrounds of the Dark County Fair (the largest county fair in  the country)
giving him the new, and hopeful unbeatable, world record! Will  Prager be
content with this new record? Nobody knows for sure. He's already a  true
testament to the human spirit, but now Prager's truly an inspiration to us  all…
and a man Todd Rundgren can be proud of. (Todd's song "Bang the Drum All  Day"
is the obvious theme of this spirited venture!) 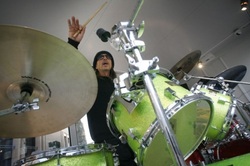 World record for Russ Prager, or not

EINDHOVEN-The drummer Russ Prager
broke the world record Friday drumming. He's already 6
days non-stop to the drumming in a glass booth on the Markt in Eindhoven.
However, it is uncertain whether the Guinness Book of
Records recognises the world record.


Prager is concerned that the Tam
Percussion Competition that invited him not all, strict formalities of the
Guinness Book. Specifically the day and night by
witnesses signed forms that show that Prager abide by the rules of the record
attempt.

The American who started his record
attempt at noon last Sunday, is Friday afternoon not stopped: he wants his new
drum Sunday activities exactly after 168 hours or 7 days drumming
end. 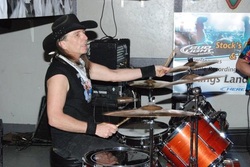 Beating Child Abuse Along With The Drums

Prager himself will play the drums round the clock for a week at Daytona Harley-Davidson in Ormond Beach Florida, with members of the community by his side helping to celebrate and call attention to the cause Just Tell and Kross Kountry-4-Kids A Jouney-4-Justice.Just Tell works to enable kids to speak up on their own behalf helping to diminish child abuse and reinforce communication between youth and the safe adults in their lives. Koss Kountry-4-Kids A Journey-4-Jutice travels from California’s Capitol to Washington DC and back mobilizing America to help eliminate crimes against children during National Child Abuse Prevention Month (April).